It’s that time of year again when classic cars are rolling onto manicured lawns for Concours d’Elegance and shows with Hot Rod start popping up an the nearest asphalt surface. Tomorrow, is the 8th Annual Chenango Car Show in Centennial, Colorado and I’ll be there. The show features classics, hot rods, antiques, trucks, in short…anything with wheels. Admission is free and runs from 10 AM to 2 PM. Click the link for directions.

To make interesting photographs at a car show,  indoors or outdoors, you gotta love cars. A passion for the subject you’re photographing is always a plus and enables you to look beyond the surface of a car to see its essence, its soul.

Before making any pictures say hello to the car’s owner if they’re nearby. You don’t need to be an expert; just be curious and polite. Most owners can talk for hours about their cars because there never was a project that didn’t have some interesting twists and turns. One of the best ways to get to know the owner involves asking questions covered in the following tips. 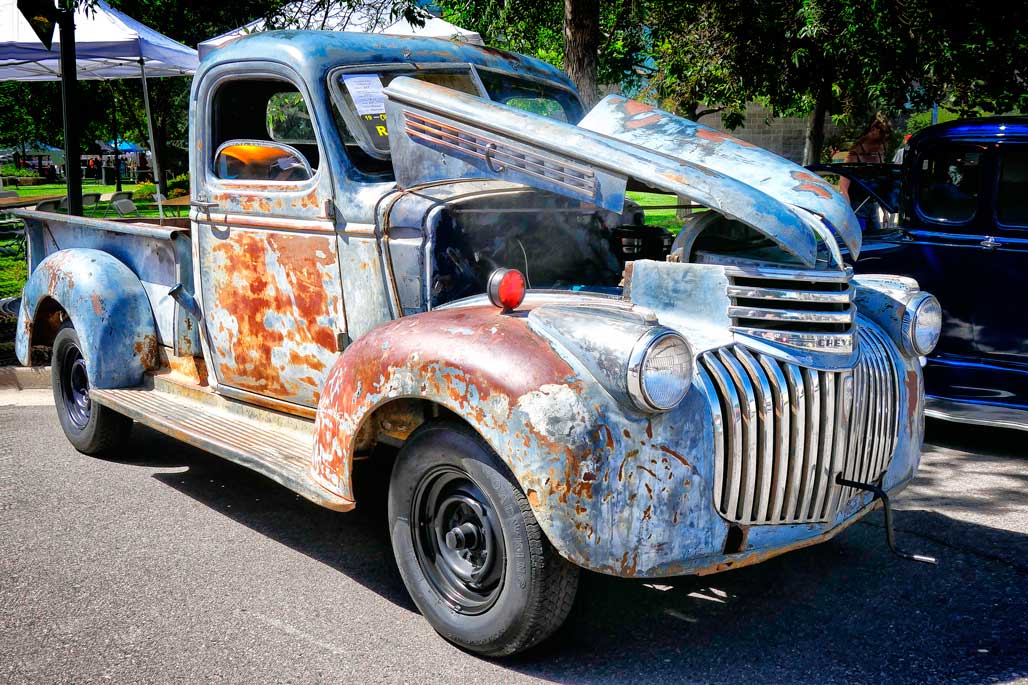 Do not make photographs with the hoods—or bonnets if they are British—raised. Many owners like to display the cleanliness or sparkling chrome underneath but that’s not always the best way to photography a vehicle because it breaks up the car’s lines but there are times where the car needs to have the hood up or sometimes there’s no hood!  If the owner nearby, ask them owner if they would close the hood so you can make a photograph of the car. Sometimes they will volunteer to do it because they know that the car looks better that way but sometime (as in the case of this truck) it doesn’t matter. In exchange, offer to give them a print or e-mail them a JPEG of the finished image, both of which positions you as a somebody who cares.

It’s also a good idea to remove show placards such as the identification cards placed on the dash or under the windshield wiper. Ask the owner before touching any part of his or her car! It’s always best to have them do it, so ask politely.

Hope to see you at Chenango.